At Vuurr, we work really hard. And when we’re done working really hard, we play really hard. So, it should come as no surprise that some of us follow a few high end alcohols on Facebook.

While jamming around, I came across a status update by our favorite French vodka promoting a new cherry variety. how long does ivermectin toxicity last in dogs The status included a picture of two perfect drinks sitting on top of a post-modern table (See below), garnished with fruit so fresh they likely took the picture at the farm itself.

The caption read, “Try the Cherry Moon — a Shirley Temple, all grown up.”

Up until this point, I considered this vodka’s status to be a prime example of flawless marketing: appealing pictures, specifically targetted to dedicated fans, and highlighting a product the brand already knows these fans enjoy. Unfortunately, even after all the time spent dedicated to product promotion, the vodka completely ignored the equity they could have built into the ad, missing a chance to “nail it.”

Here’s a look at what they could have improved:

The moral of this story is simple: you can move the ball all the way down the field, but if you don’t make it inside the endzone, you don’t get any points added to the board and you can’t win the game.

It’s important that every piece of a digital marketing plan is integrated with the other components. As companies get bigger, coordinating these parts to effectively work together becomes increasingly difficult.

That’s where ubiquitous digital strategy comes in. When you’re ready to tune your marketing machine, give Vuurr a call.


A Vuurr partner and our lead SEO consultant, Josh creates marketing strategies that are emotionally compelling and technologically superior. 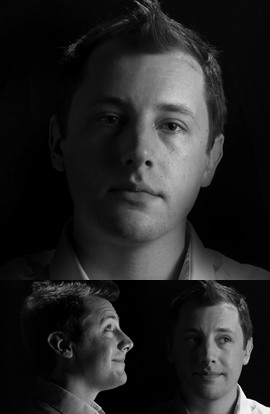 Joshua Ziering is a partner and lead SEO consultant at Vuurr. His creative vision will take your current marketing strategy and turn it into something emotionally compelling and technologically superior. When he’s finished solving problems for the day, Josh is DJing and crashing his model airplanes.

The API is Coming
Political SEO: A Vote For Good Rankings
Creating a Marketing Plan So You Don’t Miss The Big Win